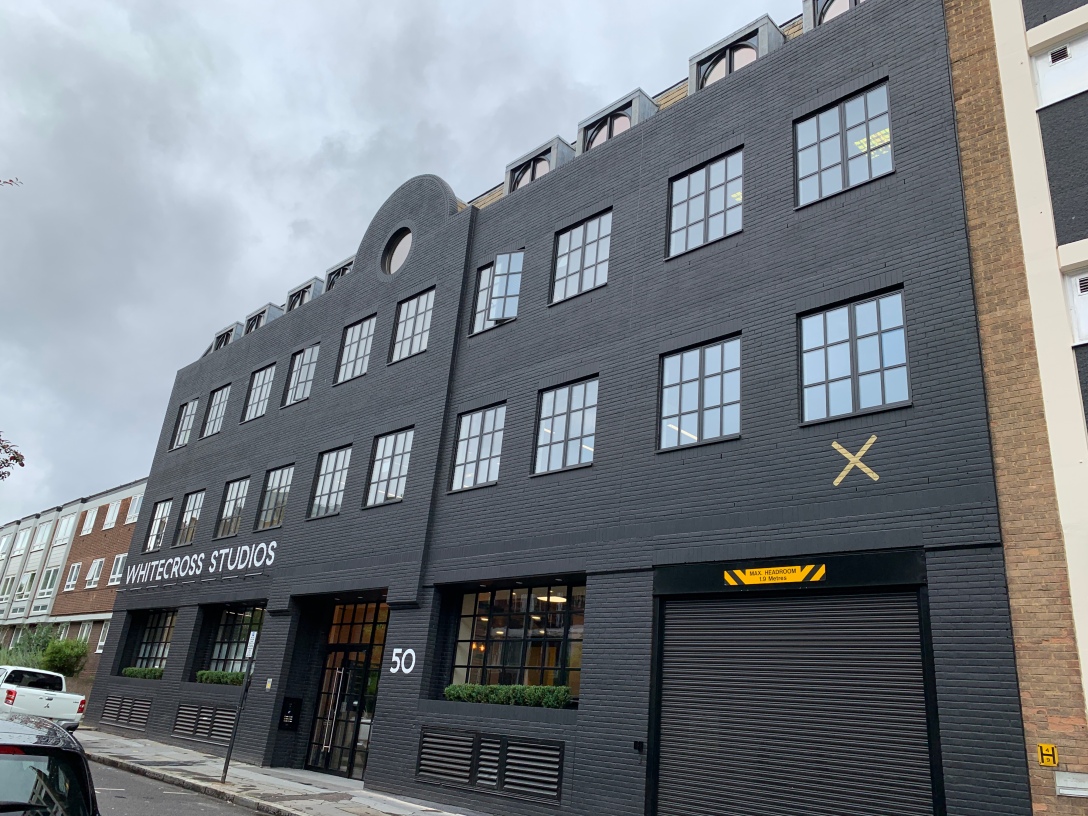 It all started here nearly 18 years ago when I got my first commercial software engineering role for a company that used to be in this building in Banner Street, London. Here I am all those years later, once again looking at this building.

Like many female engineers, along with folks from other under-represented groups of people in tech, I did not feel ready to apply for the role, so I didn’t. Instead, I was working there on the phones doing internet helpdesk when I was approached by the dev manager who had heard about the online game which three-quarters of the support staff were playing. One that I had co-written with someone else using PHP and was hosting on a colo server we were allowed as a staff perk. A very weighty book was dropped on my desk with the comment that if I could learn the computer language C then I had a job upstairs on the systems development team.

I’ve no idea at all what they are like to work for now, but over the years, I have seen so many people who started with them end up at top tier global brand name internet companies. I won’t pretend that every day with them was fabulous, and there were times I ended up crying myself to sleep. However, I wouldn’t be where I am now without the opportunity that was given to me by that dev manager all those years ago.

I don’t want to say there is some moral to this story or anything but to anyone from any of the under-represented groups in tech, who are putting off applying for a role because they do not feel ready, please stop putting it off. Some of you are far more ready than the people who are applying, and I’m saying that as someone who is hiring people. Whatever it is, maybe it’s applying for a job, starting a course or giving a talk, take the chance and do the thing. Whilst there is some possibility you really are not ready yet, you are probably far more ready than you think you are and you could well smash it right out of the park.

In truth, I fully understand how difficult it is to do. When I was made redundant from a previous role, I didn’t feel I was ready to apply to my current employer despite it being exactly the job I aspired to. I instead applied and worked somewhere else for another 4 years.

When I found myself again looking for a role and despite still not feeling ready I took my own advice and applied anyway. Whilst I have many good memories from those 4 years, where I was working elsewhere, I often wonder how different things could have been if I had applied in the first place instead of putting it off. So the story does have a very happy ending.

Those feelings of not being ready are still there, only now I have the role it shows up as imposter syndrome. I’ll let you in on a secret of the tech industry. Many people suffer from imposter syndrome.  Not many will openly admit to it but it is real. I know people who have been in roles 10 years or more who have admitted to me they also suffer it. For some of us, that will never go away.

Coming from a self-taught background, I got my first break into commercial development at a large London ISP when the dev manager found out everyone was playing an online PHP game I had co-written. After that, I worked at several agencies, developing sites for FTSE 250 clients, developing a love of WordPress, and working with Symfony. Now, as a developer on the WordPress.com VIP team at Automattic, I'm responsible for looking after sites for many well-known global brands, as well as developer hiring for the team. Outside the technical world, I'm a big fan of both beer and homebrewing. A qualified beer judge and enjoy teaching people about beer and brewing. View all posts by Anigel

This site uses Akismet to reduce spam. Learn how your comment data is processed.